One Sunday afternoon before my granddaughter was born, my daughter called to talk about names for her baby girl. She began rattling off the front-runners, and I must say that some of them jolted me out of my peaceful Sunday nap.

Could I end up with a granddaughter named Tennessee, or Moonbeam, or Gaga? Not that these are awful names, mind you, but earlier that morning I had watched “CBS Sunday Morning,” which featured a section on naming children. It pointed out how the wrong name could affect whether a child gets into Harvard or Stanford or otherwise impact the child’s life. If that is indeed true, most of the names parents are giving their kids today will take psychologists the next fifty years to evaluate! 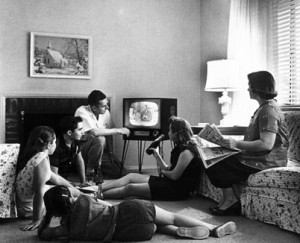 It got me thinking about the names I grew up with – nicknames that kids back in the 1950s were saddled with by other kids or clueless relatives. For brevity’s sake, and so I don’t offend any of these good folks who are still alive, I’ll omit the last names. The crazy thing is that most of the people I’m talking about still go by these nicknames! Take Pissweed, for example. Now there’s one for you. I think we can probably all figure out how he got that delightful moniker. Then there were Mooie, Sketz, and Shitter (I know this is gross, but that is what we called him). The latter was actually a name conferred on a boy in grade school. Kids can really be cruel. Thank God he wasn’t a girl. Then there was my best friend Sam, except that wasn’t his given name. Someone said he looked like a “Sam,” so that’s what we called him. There were also Monk, Perk, Bip, and Sid (again not his real name, he just “looked” like one). I was also acquainted with Smeetz, Satch, BA, Jit, Legs, and Tippy. Tippy and I spent many a night getting “tipsy” when he was home on leave from the Air Force. You get the picture. By today’s standards, all the nicknames I’ve listed should have destroyed these people and their personalities, but they didn’t. I can visit my home town today and refer to the people with these dubious handles. Every one of them was well loved, and they all made something positive of their lives.

I am aware that folks in my home town will read this article when I post it. I hope I don’t get any phone threats or fires set in my yard. As for my nickname…come to think of it, they never gave me one. But after this blog, there just might be a long list of contenders.