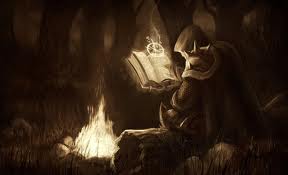 What the hell am I writing about now? Immortality, not immorality; life extension, bio-genetic altering, and all those fascinating things science is experimenting with to prolong and jazz up our lives. Some folks estimate that humans could live to age 120, and that if we enhance our decaying bodies with replaceable parts, we’ll live even longer. Of course by then we’ll be part human and part robot. So how close are we? According to scientists working on this – and there are a lot of them by the way – it could all be reality in the next fifteen to twenty years. If you’re as old as I am, you’re probably thinking you’ll never be around to see it. In fact, a famous gerontologist recently told Michio Kaku in an interview that our generation might be the last to die as we know it. If that’s not lousy timing, I don’t know what is.

But future generations beware: if this does become a reality, you’re not going to retire at age sixty- seven.  It’ll be more like ninety-five. That doesn’t even sound enticing. Then consider that we’re gonna need to share our homes with much extended family because if the world’s population continues to swell, we are just going to run out of space. Damn, another conundrum. After they extend our lives, they will probably want to start on cats and dogs. I sure wouldn’t want to be guilted into paying those vet bills.

So if you think this would be a really good deal when the time comes, think before you make any rash decisions. Still, it just might beat the alternatives.